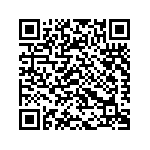 Women who report having periodontal disease are at greater risk for breast cancer, especially if they smoke or recently quit smoking, a new study reports.

“We have seen associations between periodontal disease and chronic diseases including stroke and heart attacks. Our hypothesis was that it would also be associated with breast cancer,” says Jo Freudenheim, professor and interim chair of the epidemiology and environmental health department at the University at Buffalo.

For a study published in Cancer Epidemiology, Biomarkers & Prevention, researchers examined self-reported data from more than 73,000 postmenopausal participants in the Women’s Health Initiative, a federally funded long-term study that started in 1991. The women were followed to determine who was diagnosed with breast cancer. Among women who were smokers or who had quit smoking in the previous 20 years, those with periodontal disease had a 36 percent higher risk of breast cancer.

Previously, only three small studies have been conducted examining the link between periodontal disease and breast cancer, and all three showed a non-statistically significant increase in risk. Because this study was such a large one, it was possible to examine the association more closely and look at how smoking affected the observed relationship.

Researchers say there are several possible causes for the linkage: