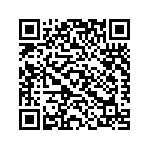 https://www.dentistealaval.com/en/2016/05/11/beach-vacation-and-bright-smile-what-is-dental-tourism/
Back to home
Blog
Beach vacation and bright smile: what is dental tourism?

Beach vacation and bright smile: what is dental tourism?

In a nutshell, dental tourism involves traveling to another country for more affordable dental treatments, and surgery.

This is a common practice among many Americans, Canadians and Europeans who are looking for ways to save money on dental treatments that are normally expensive in their respective countries.

“While the exact statistics on dental tourism aren’t available, it is estimated that over one million people from around the world travel to get dental treatment such as cosmetic dentistry, dental implants, crowns, and root canals abroad. There are a number of countries such as India, Thailand, Costa Rica, Hungary, Panama, South Africa, and Mexico that are marketing low cost, high quality dental services to medical tourists,” revealed Placid Way, a health and wellness tourism company.

The same is true in Canada where an estimated 10,000 Canadians travel abroad each year to shop for more affordable dental treatment. Bargain deals, and exotic travel opportunities can make dental tourism a tempting offer indeed.

But behind this silver lining is a dark cloud.

As the popularity of dental tourism increases, the Ordre des Dentistes du Quebec said it has received a significant number of calls from people who have had bad experiences abroad.

Take the case of Elise Paquette*, a 38-year-old mother of five who traveled all the way to Costa Rica to have her teeth fixed. She decided to share her story to help others make better decisions than she has.

Paquette, who lost her two front teeth in an accident 20 years ago, was always conscious about her smile and didn’t feel confident with dentures. She was so embarrassed about her teeth that it was four months after she met her husband Sébastien Tremblay* before she admitted she wore dentures.

“I used to wait until he was asleep before I removed them,” she admitted.

Tremblay, 34, understood the agony that Paquette felt and surprised her one day by offering to pay for her bridge work as an early birthday present. Paquette was thrilled. Little did she know her nightmare was about to begin.

“I looked into having the work done by a Quebec dentist, but quotes ranged from 6,000$ to 30,000$. I then read an article in a women’s magazine about dental treatment in Costa Rica and decided to investigate. It was a decision I now regret,” Paquette said.

It all happened so fast. She contacted the clinic in Costa Rica and in a few weeks they arranged her flight, accommodations, first visit with the dentist, and complementary sightseeing for a few days.

So far, it was looking like a wonderful vacation.

Once at the clinic, she voiced her desires to the Costa Rica dentist: she wanted to replace her missing teeth with implants, and rebuild the rest of her existing teeth with crowns. So the doctor produced her a quote for 3,000$ and promised her amazing results, she was going to look like a Hollywood star.  What a bargain!

“After discussing it with my husband, we both agreed this was the best option for me. We’re not rich, you know. And getting rid of that denture was my biggest dream! So to save a plane ticket, I decided to go ahead and start right away” Paquette said.

What ensued, was a series of misfortunes and medical failures.

An hours later her 2 implants were in place. The dentist warned her that he covered the teeth with a temporary denture. She would have to travel back in 6 months to complete the work. “No problem.”said Tremblay “We had been warned about this, and we were financially ready to come back.”

Back to Quebec, is where the trouble started.

“First of all, half my lip was still numb, the freezing never went away. I was so scared. Every time I was eating I was biting my lip because i couldn’t feel it. It swelled up and got infected. And the temporary denture was moving when i was eating and talking. The rubbing caused ulcers all over my mouth. I ended up removing it to eat. I was so ashamed I couldn’t eat in public.” Paquette said.

Due to the numb feeling in her lip, she consulted a Quebec dentist.

After taking some X-rays, he discovered some nerve trauma caused by the implants.

He advised to remove them, but since the implants were not approved in Canada, he was not able to do it. After consulting a few other Canadian dentists, finally a maxillofacial surgeon removed her implants. “Another 2000$ later… at least my wife regained her feeling in her lip” said Tremblay.

Elise Paquette returned 6 months later to Costa Rica to finish the work. Instead of getting her final teeth in, the doctor put her implants back. “He put that horrible temporary denture back in her mouth” said Tremblay.

Due to healing complications, she got her final teeth after 2 more visits. And 2 more plane tickets.

“In the end, if you count the 4 visits to Costa Rica, my emergency procedures in Canada caused by treatment mistakes, the time I had to miss work, it cost me over 25,000$. Was it worth it? I deeply regret it. Besides, my teeth are much too white to look natural.” said Paquette. “I am now thinking of changing them with my dentist in Quebec.”

Elise Paquette endured financial and physical hardship. She hoped to save money. Instead she spent more and suffered through 2 years of tropical medicine nightmare.

“Do your research people. If it’s too good to be true, it probably is.” said Paquette.

*Although this is a true story, the names have been changed to protect identities of those involved.