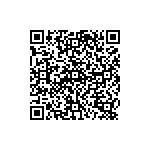 What about toothaches, anxiety-producing procedures, and terrifying bills that immediately erase all hope of that Bahamian vacation? Are those becoming obsolete? Some pretty amazing things are going on in the dental industry, however, thanks to the new technology—and when it comes to that next complex procedure—you may find help from your own cells and 3D printing technology, thanks to new discoveries coming out of Australia.

By now, you’ve probably heard of bioprinting. While it may seem that most researchers are heavily embroiled in making everything from kidney tissue to blood vessels with the end result being the ability to 3D print organs and keep them viable, a new procedure in dentistry takes a different tact.

According to Periodontist Professor Saso Ivanovski, from Griffith University’s Menzies Institute, after five years of research, he has developed a way to engineer missing bone and tissue in the gums and jaw by using a patient’s own cells. Many may not realize this unless they’ve had similar procedures, but currently dental surgeons take bone and tissue from parts of the body like the hip and even the skull, says Ivanoski.

“These procedures are often associated with significant pain, nerve damage and postoperative swelling,” he said.

Ivanovski’s method should in concept offer improvement all around, including better affordability. And if his study meets with success, the idea would work as such: patients could have a CT scan taken of the region that is damaged. It would then be sent to a bioprinter, where a new part would be made.

“The cells, the extracellular matrix and other components that make up the bone and gum tissue are all included in the construct and can be manufactured to exactly fit the missing bone and gum for a particular individual,” Professor Ivanovski said.

As with many other bioprinting concepts and 3D printed implants, the new cells would be expected to grow successfully into the existing healthy tissue, with the use of personal cells making this much more likely to work.
“At the end of the whole process, you wouldn’t be able to identify what is old bone and new,” Professor Ivanovski said.
While this obviously follows the basics of bioprinting happening in many other labs as well, it offers an immediate solution to an immediate need. Due to its potential in the dental industry, this is to be a three-year study and has been granted $650,000 from the National Health and Medical Research Council.

Researchers hope to begin pre-clinical trials for the bioprinting dental procedures during the next year.
“By the end of the year we want to start implanting some of the constructs in some of the more straightforward processes,” Professor Ivanovski said.