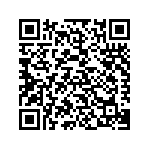 https://www.dentistealaval.com/en/2016/05/baby-teeth-deserve-care-while-theyre-there/
Back to home
Blog
Doctor, baby teeth are useless because they will fall out!

Doctor, baby teeth are useless because they will fall out!

Misconception: Baby teeth don’t matter because they are going to fall out anyway.
Actually: Neglecting baby teeth can set a child up for lifelong dental trouble.

Nearly a quarter of all children between the ages of 2 and 5 have cavities, a study at the Centers for Disease Control and Prevention found.

What’s the big deal? some parents ask. Those teeth are going to fall out anyway.

It may be tempting to skip brushing if a toddler puts up a fuss, or allow a picky eater to snack nonstop on their favorite carbohydrates — a recipe for cavities. But once the damage is done, it’s not as easy as pulling them out and waiting for the permanent lineup.

Preschoolers who have cavities in their baby teeth are three times as likely as other preschool children to develop cavities in their permanent teeth, according to an often-quoted study published in the Journal of Dental Research in 2002.

A 5-year-old’s oral health can even predict greater decay and disease at 26, especially for poor children, another study found.

This may be caused partly by not flossing and brushing with flouride twice daily but also by sipping sugary drinks over long periods.

And did you know that cavities or caries are an infectious disease cause by bacteria?

So even if one decayed, brown-mottled tooth falls out, an infection may continue ravaging that child’s mouth.
Another reason for restoring a decayed baby tooth is that, left untreated, it can become abscessed, at which point it lead to an emergency situation. At least 67 people in the United States died after being hospitalized with oral infections between 2000 to 2008.

However, just pulling a decayed tooth can cause problems, because primary teeth are place holders for adult ones. In the absence of a place holder, adjacent teeth may drift into the space, blocking the growth of the permanent tooth. This recipe basically guarantees misaligned teeth later on. Braces anyone?

Beyond brushing twice a day with fluoride toothpaste and floss once a day, one way to reduce the risk of cavities may be to limit snacks and juice boxes to a 15-minute period so a child’s teeth are not constantly taking an acidic bath. Another is to make sure an adult does the brushing until a child has the dexterity to do it well, which some dentists say is roughly when they can tie their own shoes.