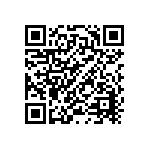 https://www.dentistealaval.com/en/2016/06/a-dental-hygienist-in-my-bathroom/
Back to home
Blog
A dental hygienist in my bathroom?

A dental hygienist in my bathroom?

Philips Sonicare is launching a new smart toothbrush that connects to an app via Bluetooth. I know, the first thing you’ll say is: why do I need a toothbrush that has Bluetooth? And that’s a valid question. You probably don’t, but you might if you really care about oral hygiene and don’t mind spending more time than most people brushing your teeth in the morning and night.

The new toothbrush, which goes by the unnecessarily long name Philips Sonicare FlexCare Platinum Connected, combines a variety of sensors in the handle to track in real time how you’re brushing your teeth. The data is synced via Bluetooth to an app for both iOS and Android. The way it works is pretty straightforward: as you brush, a 3D map of your mouth shows you which teeth you’re brushing and tells you if you’re brushing too much or too little. The app also warns you if you’re using too much pressure or scrubbing too hard. When the two minutes of brushing are up (both the brush and the app have a timer), you can see if you missed any spots.

The app also gives you progress reports, allows you to set goals, tells you when to replace the brush head, and sends you those annoying motivational messages typical of any health apps (“Keep it up!”). But probably the most useful feature is that the app allows you to set focus areas on particular teeth that might need more work, as recommended by your dentist. If you have a crown on a root canal, for example, and your dentist tells you to brush that area more carefully, you can include that kind of personalized coaching into the app. You can also send the data on your brushing performance to your dentist. The FlexCare Platinum Connected is basically your worst nightmare: it brings your dentist into your bathroom.

I could see a lot of things go wrong with this toothbrush, starting with the fact that my tiny New York City bathroom has literally no space where I can rest my iPhone while I brush my teeth, without water or toothpaste spits getting to it. And do I really want to stare at my phone even when I’m brushing my teeth? The toothbrush also seems to make toothbrushing an even more time-consuming experience than anyone, except your hygienist, wants it to be. I think I would grow tired of checking my brushing performance on the app and eventually just use the FlexCare Platinum Connected as a regular electronic toothbrush.

That said, the FlexCare Platinum Connected will cost $199.99, which is pretty much what you  pay for a Philips Sonicare DiamondClean. So for the same price, you can have Bluetooth and get feedback on how well you’re brushing your teeth. And even get flossing and tongue scraping reminders. Of course, for $100 less, you can also get an Oral-B Pro 5000, which also has Bluetooth connection and doesn’t seem that much different from the new Philips Sonicare to me. The apps look incredibly similar, actually.

The connected toothbrush is launching in July. The battery lasts up to two weeks between charges. And the toothbrush memorizes up to 14 brushing sessions, so that if you don’t sync it for about two weeks, the data won’t be lost.